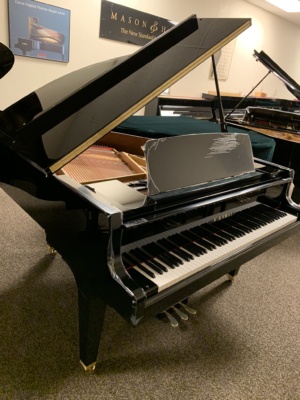 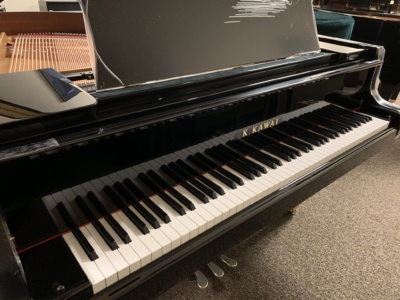 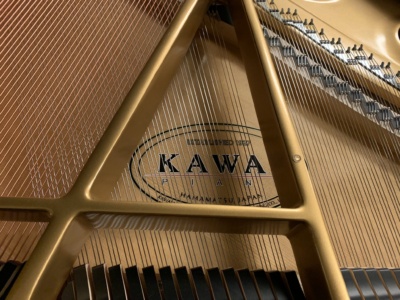 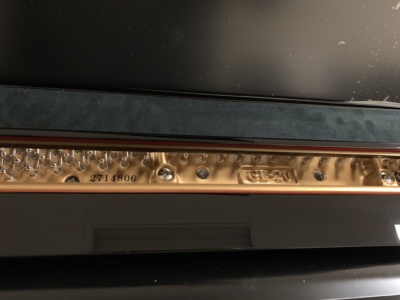 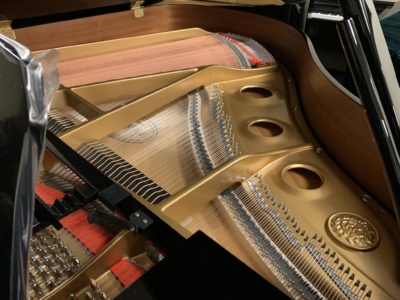 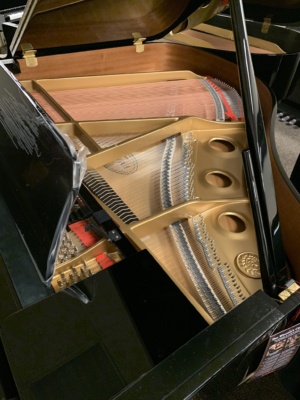 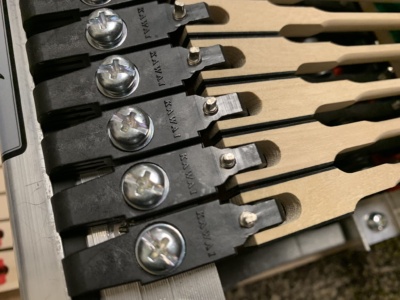 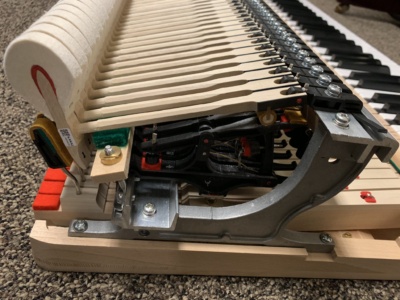 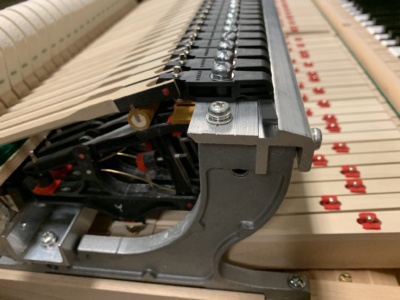 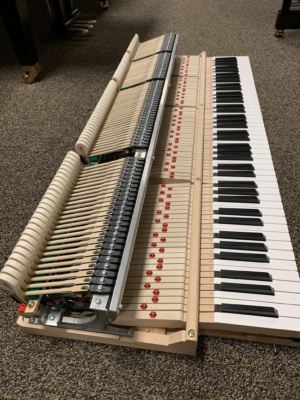 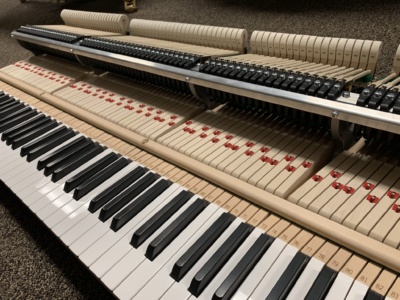 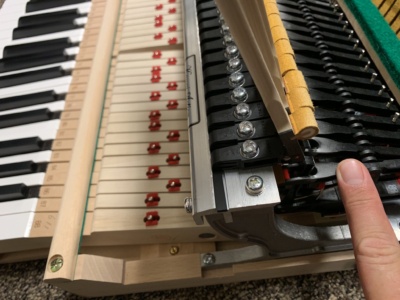 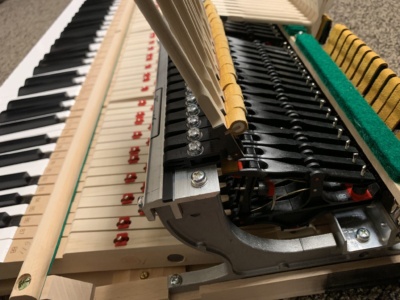 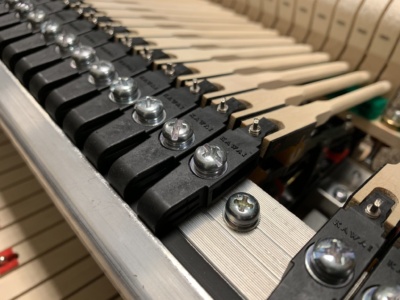 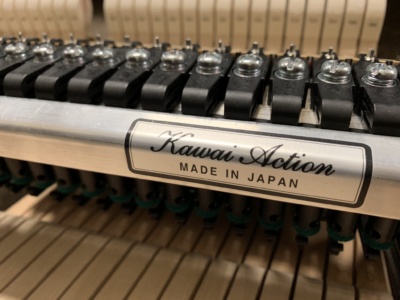 Kawai’s 5’2” GL-20 is arguably the best value in baby grands, on the market today. When comparing the Kawai’s GL20 to its closest main competitors, it is easy to see why it has quickly become the most popular choice amongst discerning pianists and lovers of quality Japanese products.

The action of a piano consists of up to 12,000 individual parts, many of which are made from various species of wood.  On the golf course one spring morning, a top engineer with Kawai went to remove his golf club and was struck by the reality that once upon a time this club would have been made of wood.  He thought this is no longer the case, but why?  Thinking on this idea further while walking the undulating greens, he was able to find dozens of industries which moved away from wood and towards advanced material made possible through material science.

The Essex GP-155 is 5’1” making it smaller than the Kawai and built in China, by Pearl River. Because Steinway relies on other piano manufacturers to build their pianos, a additional mark up is applied to brands like the Essex piano. Incredibly, this Chinese made piano is priced equivalently to the Kawai making this the least attractive option.

Like the Essex, the Boston GP-156 is not built by Steinway. Kawai has built the Boston series since its introduction in the early 1990s.  This piano and its similarities in construction to a Kawai, in the five major components i.e. rim, plate, soundboard, bridge and pinblock make this a compelling option.

However, Kawai does not share their crown jewel  with Steinway, the Millennium III action, which arguably makes a Kawai a Kawai. The nearly $10,000 additional markup above the Kawai GL-20 pricing usually causes piano buyers to stop dead in their tracks and scratch their head. They ask themselves something like, “why would I pay $10,000 more for a Boston built by Kawai when I can buy a Kawai, built by Kawai and save a small fortune?”  This makes the Boston GP 156 the second least attractive option.

The Yamaha GC1 is a decent piano.  Yamaha is well known for their bright, sharp tone. This is excellent for cutting through a horn section, back ground vocals or a drum kit, on a stage at live performance. However, in a home especially on hard floors, a baby grand can produce double the decibels, as compared to a smaller carpeted area.  Some complain Yamaha pianos are hard on the ears for extended periods of listening and gravitate towards the warm, dark tones of a Kawai baby grand.  The Yamaha GC1 is also priced higher than the Kawai GL-20 making this the third least desirable option.

Rounding out the last on our baby grand comparison list, the Steinway model S measure one inch smaller than the Kawai at just 5’1”. Steinway’s draw in the market place can not be over stated. Steinway pianos have been built in New York since 1853 with several ownership changes.  Steinway is currently owned by a private equity firm billionaire, by the name of John Paulson.

Moreover, US labor rates and the fact that a baby grand can take over a year to construct, make producing a Steinway an incredibly costly venture. At $70,000, or nearly four times the price of a new Kawai GL-20, the model S Steinway will be the final choice of very view piano shoppers.  Amazingly, the price is not what makes this the least desirable option. Very little improvement in design has taken place at Steinway, with many building practices remaining the same for over 150 years. This sounds romantic, but a design stuck in the past cannot improve.

This is the antithesis of the Kawai philosophy; Perfecting The Art of Piano Making. If romanticism and legacy are what attract you, Kawai is even more compelling in that regard. Since 1927, Kawai has built pianos in Japan and lead by a direct descendant of the founder, Koichi Kawai. The Kawai family, so appreciative of Steinway’s contribution to the piano and music industries, agreed to assist Steinway in the construction of the Boston series, during what was considered a economically challenging time.

This “lifeline” as eloquently described by a premier US piano technician, was very successful and ensured the future stability of Steinway & Sons for many years to come.

In closing, it is easy to see why the Kawai 5’2”  GL-20 baby grand piano is the clear resounding choice for piano shoppers in Tampa Bay Clearwater, St. Pete, Palm Harbor, Sarasota, Bradenton; anyone close enough to easily visit Dave’s Piano Showroom of Tampa Bay. Hopefully, this short article will pierce through the endless pages of the internet and help to sift through the white noise caused by extremely effective marketing and mass formation psychosis.