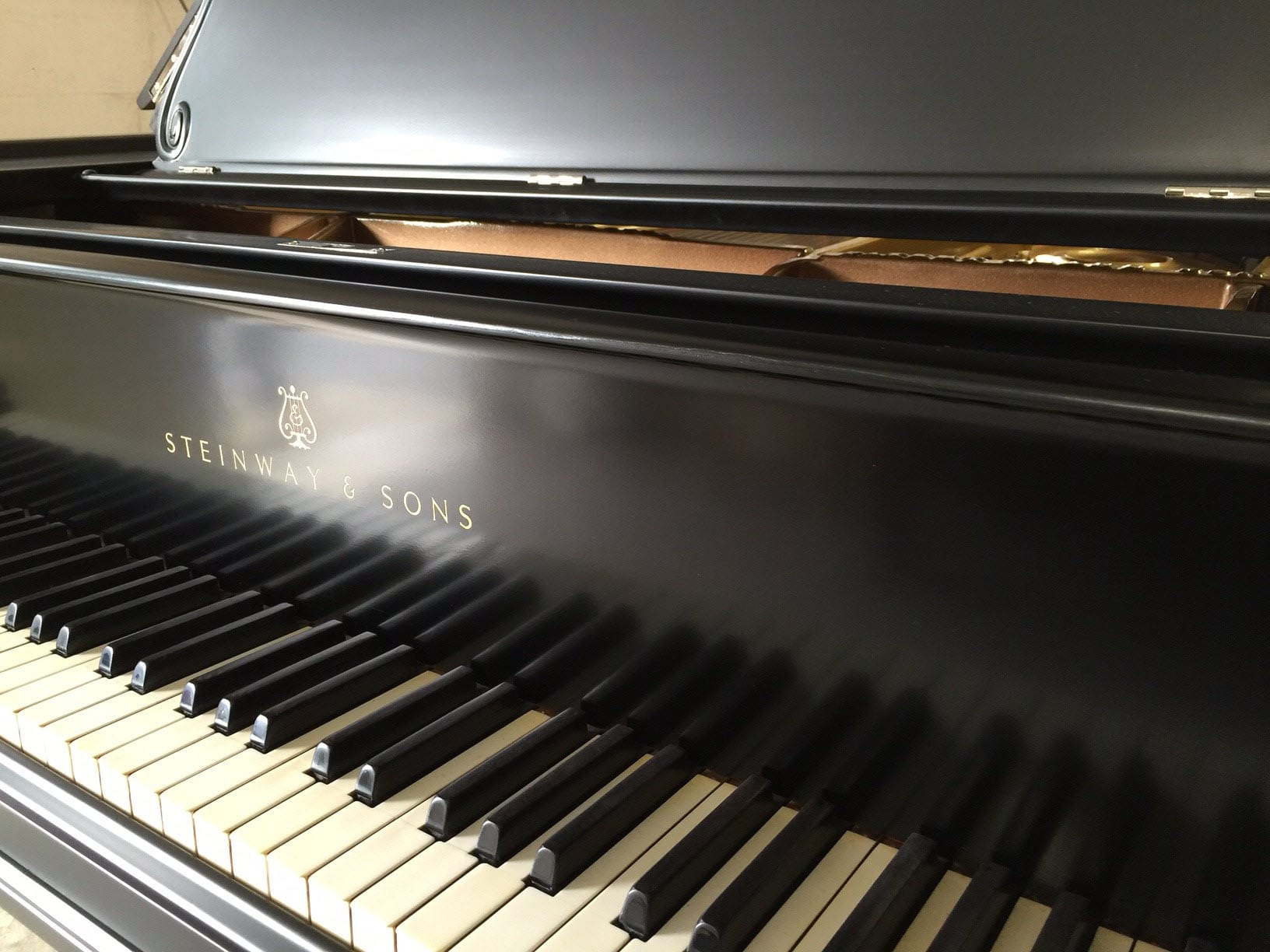 Dave’s Piano Showroom carries a large selection of preowned Steinway & Sons pianos. If you are searching for a Steinway vertical in Tampa Bay or Clearwater, such as the 4510, 1098, K-52 or any other Steinway upright model; stop by one of Dave’s two convenient locations, in the greater Tampa Bay area. People looking to buy a Steinway baby grand or grand in Tampa and Clearwater should also visit Dave’s, where you may find the perfect model S, M, L, O, A or D Steinway & Sons piano you have been interested in purchasing.

Past, Present and Future of Steinway

A cabinet and piano maker, Heinrich Engelhardt Steinweg immigrated to the U.S. from Seesen, Germany in 1850. Innovative designs allowed newly formed Steinway & Sons, officially founded in 1853 to receive patents which significantly altered the accepted manufacturing techniques and processes utilized by piano manufacturers of the day. Steinway pianos have remained relatively unchanged since the late 1800s and bare remarkable similarities to ones produced today.

Just over 100 years after Steinway & Sons creation the company was sold in 1972 to New York based giant, CBS and again to Conn-Selmer, Inc. in 1995, makers of band instruments. In July 2013 it was announced that Steinway & Sons was to be sold to private equity firm, Kohlberg & Company for 438 million. There was however a 45 day “go-shop” period which permitted Steinway to entertain alternative offers. This sent shockwaves through the music industry that intensified after K&C’s partner, Christopher W. Anderson announced the firm’s plan to “accelerate its global expansion….”. It is understood in the piano world that when the number of pianos produced annually increases, quality naturally must decrease. Eventually K&C was out done by hedge fund billionaire, John A Paulson, to the tune of 512 million.

It has been said that Paulson & Co.’s acquisition of Steinway is a complete departure from their traditional business dealings. However, similarly to private equity firm partner Christopher W. Anderson’s statement, hedge fund billionaire Paulson has reportedly said that he looks to expand Steinway’s reach around the world. I was on Steinway’s website today. It says the following, “Today, more than 98 percent of the world’s active concert pianists choose to perform on Steinway pianos.” If this is indeed the case and Steinway pianos are already shipped to every corner of the globe; how can Steinway increase it’s reach around the world? I will tell you how; produce lower priced Steinway pianos that bare the Steinway logo. While producing a high volume Steinway piano, built in an Asian country and affordable to the masses, is not the stated position of Paulson, one must think how else does he plan to achieve his goal.

Piano manufacturers can only improve or maintain a quality product when a passionate, knowledgable owner(s) is/are at the helm; as in the case of Gary and Kirk Burgett, owners of the Mason & Hamlin piano. When a quick profit is the sole driving force for doing something, nothing good can come of it. Steinway has had a amazing run and it’s innovation and design lives on in the DNA of countless piano brands across the globe. It’s uncertain future in my opinion was brought on by the company and it’s dealers charging unjustified premiums both at the wholesale and retail level. This is far too common in brands that are perceived by the general public to be the best. Gauging over the short or long term is never good business and other brands of note (Yamaha) should take pause and rethink their business model, before their future is brought into question.

Steinway & Sons to be sold to a Chinese company?!?!?

*DPS is NOT an authorized dealer for Steinway & Son product.

*Dave feels that we are living in the golden age for high quality, affordable piano making. Globalization, technological advances and the Internet have allowed small and large piano manufacturers to fuse high end European componentry, with skilled/affordable labor to produce super high end instruments, at a fraction of what the “big guys” charge.