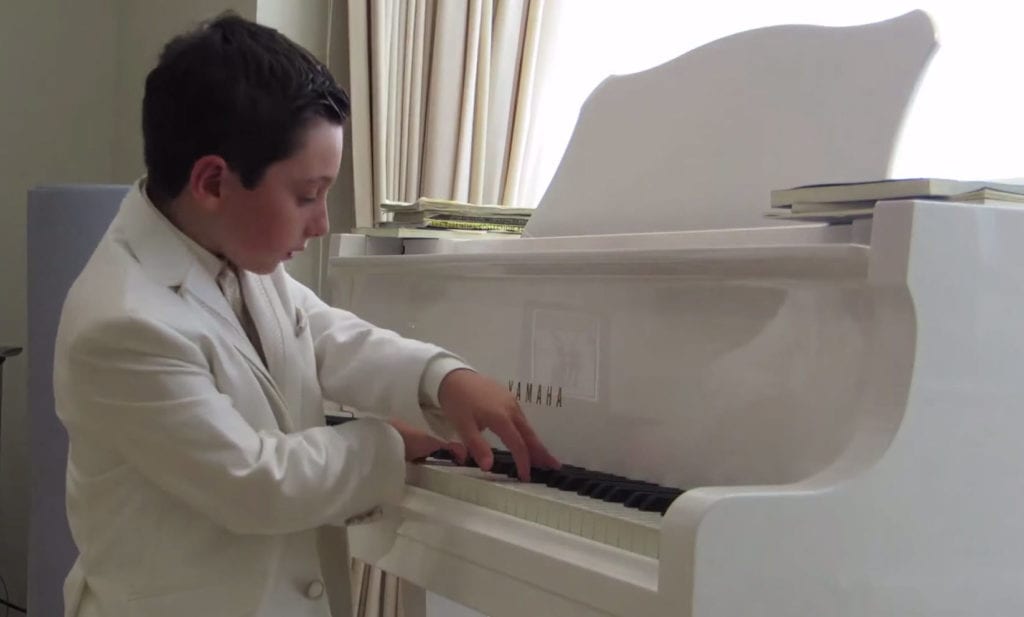 Curtis’s Mother, Hayley, a concert pianist herself made it a point to condition her son to become Pianist ‘material’ and to dedicate the necessary time and energy to being the successful, accredited, 11 year old Pianist with a degree that he is today. For more than two hours a day, Curtis vigorously trained on his (White) Yamaha Grand Piano. Practicing note by note, Curtis has what may would consider to be otherwise perfected playing the Piano and demonstrates great creativity and potential in his skills.

Most recently Curtis took a proper examination through Trinity College London to qualify for a Licentiate. This degree is equivalent to the final year and promotion of an undergraduate level degree. The degree is also known as an LTCL.

Although being home-schooled, his mom insists that he has the potential to make it big time, and his commitment to-date reinforces that implication. Curtis presented, for his examination, an approximately 32 minute long composition of some of the worlds most famous piano pieces such as Mozart’s Sonata in F, Bach’s Prelude and Fugue in E flat, April by John Ireland, and two Etudes by Chopin.

Per the chief of inspection and graduation ceremonies, not only was Curtis required to perform a live composition, but was also required to write a multitude of research papers regarding each of the pianists in which he presented music from. At just a little over 1,000 words, Curtis blew the judges away with his programme, in addition to his other written works. Curtis had shown up to ‘Britain’s Got Talent’ twice, once in 2011, and again in 2014. Although not quite ‘making the cut’ by their standards, Curtis continues to break records and leave even the most prestigious researchers, performers, and scholars alike in total awe with his commitment and extraordinary skills and talent on the piano.

Trinity College of London stands firmly behind Curtis, praising him for his dedication and skill, and continue to encourage him to pursue new heights in career endeavors. Curtis expressed that in addition to playing the piano as a hobby, he wants to be a concert pianist at Royal Albert, and even claims he foresees a potential future in running for the next prime minister once he reaches the appropriate age and presumably credentials.