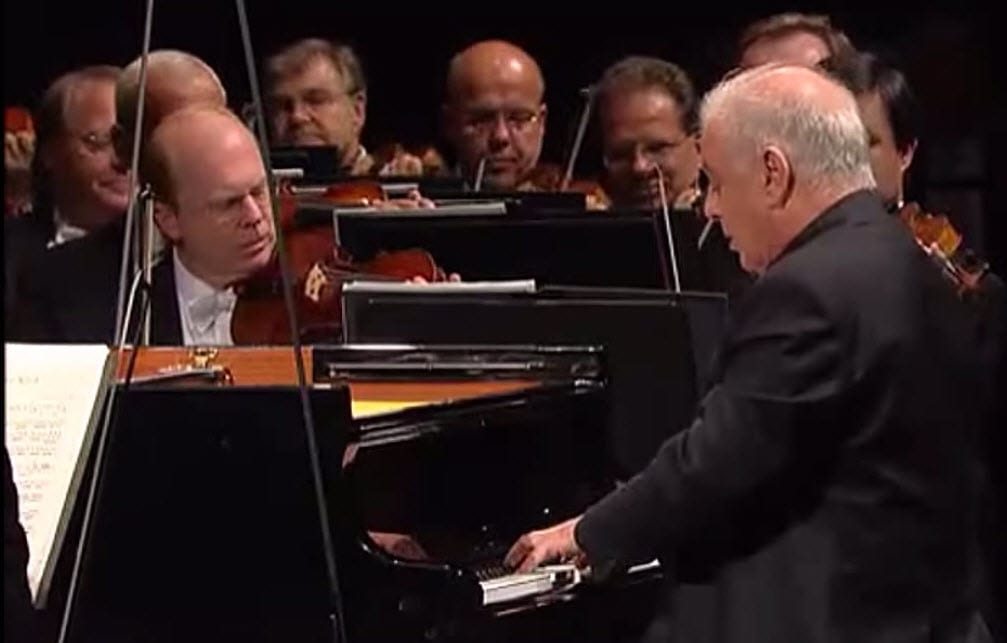 It was in 2011 that Daniels Barenboim dreamed of his latest piano. It took that long and an estimated 4,000 people to design, engineer, and produce this latest piece of 88 key majesty.

Barenboim showed off the piano in front of the news media, fellow pianists and enthusiasts. He showed how Beethoven’s Appassionata Sonata sounded on the traditional Steinway and on his new invention.

The opinions varied as to the performance on the new piano, so it appears it’s going to be on a case by case basis when this device hits the mainstream. Even Barenboim admitted this. It’s not a case if one of the pianos is superior to the other, but one of one’s personal tastes. Considering the time and money spent in developing it, there’s no question regarding its quality, however.

Although it looks like a grand piano, it’s what’s under the hood that counts. The instrument was designed by Chris Maene of Belgium and has parallel strings in lieu of diagonal ones. All the guts are specialized ranging from the bridges to the hammers and more. This calls for approaching the playing part a bit differently, but in this case one can improvise on how they play and get the kind of blending they so choose.

It was in Siena, as the story goes that Barenboim came up with the idea for his new instrument. He had been playing on Franz Liszt’s grand piano that had been restored. He noticed the changes and realized he could create another piano that met his criteria of excellence and performance.

Since Steinway pianos are the standard of all concert pianists, this was a challenge but Barenboim pulled it off anyway. He didn’t want to recreate a Steinway but something different, something alternative and when Steinway said they couldn’t build his piano, he went to the Maene who was recommended by Steinway.

It’s going to cost a pretty penny to buy one of these instruments for sure. Upwards of close to half a million dollars perhaps. There are only two in existence and Barenboim and Maene own both of them.

Until then, it will be up to the public and profeessional pianists to decide what, if any, quality the new paino has. It is sure to be tested by the best, and will be criticized and applauded at the same time.

Innovation isn’t always welcomed but at least Barenboim took the leap to see if he could enhance the art of piano. Only time will tell if the experiment bears fruit.