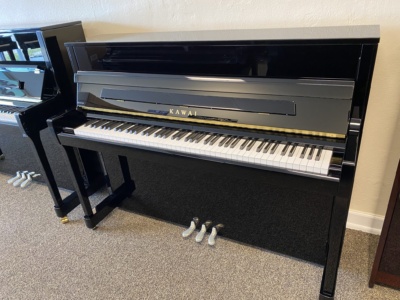 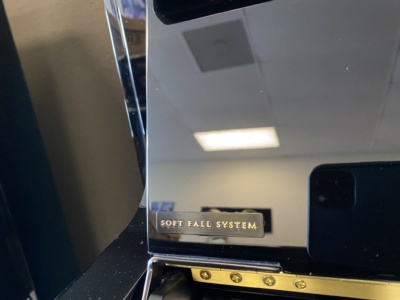 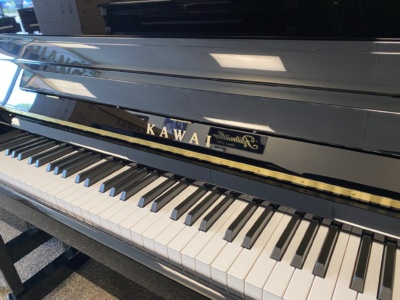 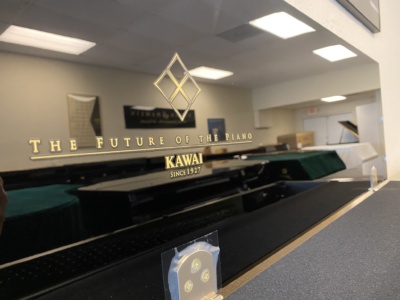 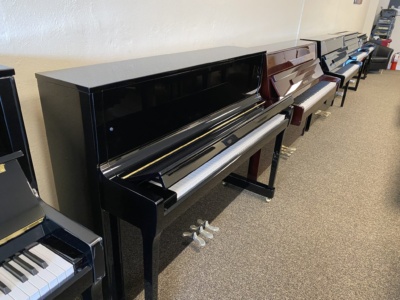 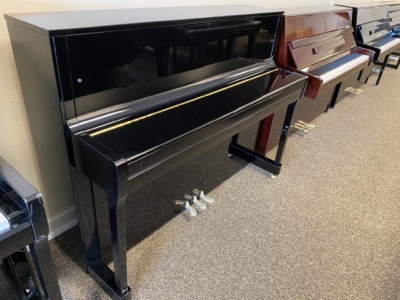 Studio pianos are the vertical upright piano of choice by high performing pianists with space and/or budgetary constraints. Even a 45” piano can dwarf a 5’ to 5’5” baby grand in both soundboard size and string length, the two specs which make up dB production and overall tonal quality. As a result, a new 5’ baby grand, at double the price is often viewed as a less desirable musical option.

Kawai has been constructing some of the world’s finest pianos, in Japan for nearly 100 years!  In the piano industry, Kawai is considered the most advanced acoustic piano. This is due to the fact that Kawai makes use of advanced materials, such as ABS carbon and carbon fiber in the fabrication of its action parts.  This action is called the Millennium III.

Moisture and temperature change reeks havoc on a traditional action, especially here in Tampa Bay. Kawai’s action is not only several orders of magnitude stronger than a standard Yamaha or Steinway action; Kawai’s exclusive Millennium III action is impervious to fluctuations due to constant moisture level and temperature changes.

Kawai’s tone is geared toward the classical musician; it is dark and warm. Yamaha pianos are on the complete opposite end of the tonal spectrum and are bright and sharp. One is not better than the other. It is simply a matter of preference. However, classical musicians overwhelmingly choose Kawai’s tone over Yamaha; where jazz pianists tend to lean towards the bright sound of the Yamaha.

Kawai’s action is firm and ultra responsive. Advanced pianist will appreciate Kawai’s slightly firmer action, as this yields ultimate control at ppp levels.  With a slightly heavier action as compared to the Yamaha, pianist are able to build up their hand strength and  dexterity more quickly allowing them to develop a greater level of stamina.  This is absolutely critical when transitioning to a grand’s action, as the level of resistance is increased dramatically in a grand piano action design.

If you are considering a Yamaha B1, Yamaha B2 or Yamaha B3 you will want to add the Kawai K200 to your must see list.

It is also worth mentioning Steinway & Sons contracted Kawai several decades ago to present, to build pianos for them!  Make Steinway’s choice your choice choose Kawai!