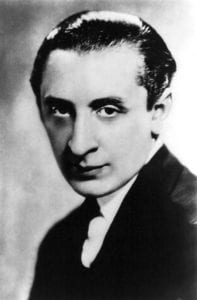 Little did we know that classical musicians can suffer from stage fright.  One would think that after those years of super disciplined training that they would have overcome such a problem but according to writer Ivan Hewett’s story focusing on several legendary classical musicians such as Steven Osborne, Renee Fleming and Vladimir Horowitz.

Each of these greats in the classical industry had their moments of stage fright according to the article and considering the perfection level demanded of classical musicians it’s easy to see why some of them are on pins and needles.  It’s a great responsibility to be a classical musician.  You must perform at a level of perfection other forms of music don’t reach.  You’re always going to be compared to the masters of the ages and with today’s digital computing every note is converted into math and fans and aficionados scour every molecule for imperfections.

Yes, it’s a bit to the extreme but we’re talking classical music here.  Works that most were created hundreds of years ago and every note written down by a legend.  With performances recorded on digital now, people can compare and see which ones are most pleasing.  Now consider you’re a musician and you have to perform live before several hundred, maybe a few thousand people who know every chord and lick and note and variations in the multiples.  That’s a lot of pressure.

Beating stage fright calls for two things.  Working on oneself and having work done on oneself by a professional.  The fear of failure is the culprit here and it can be so overwhelming that it can literally cripple a person.  It’s been seen in other industries where the public are part of the venue.  From acting to politics, even sports, you’ll find people so afraid of what the public will say if they goof up that they can’t hold themselves together long enough for them to perform.  It can and has ruined many a career.

So the first step is to get professional help.  See if the doctors have treated other artists for the problem.  That’s the first mega step right there.  Then you might even want to chat with other people with the same situation.  Support groups are great and it may be that there’s some hidden fear you were unaware of that is the source.  You never know until you try.