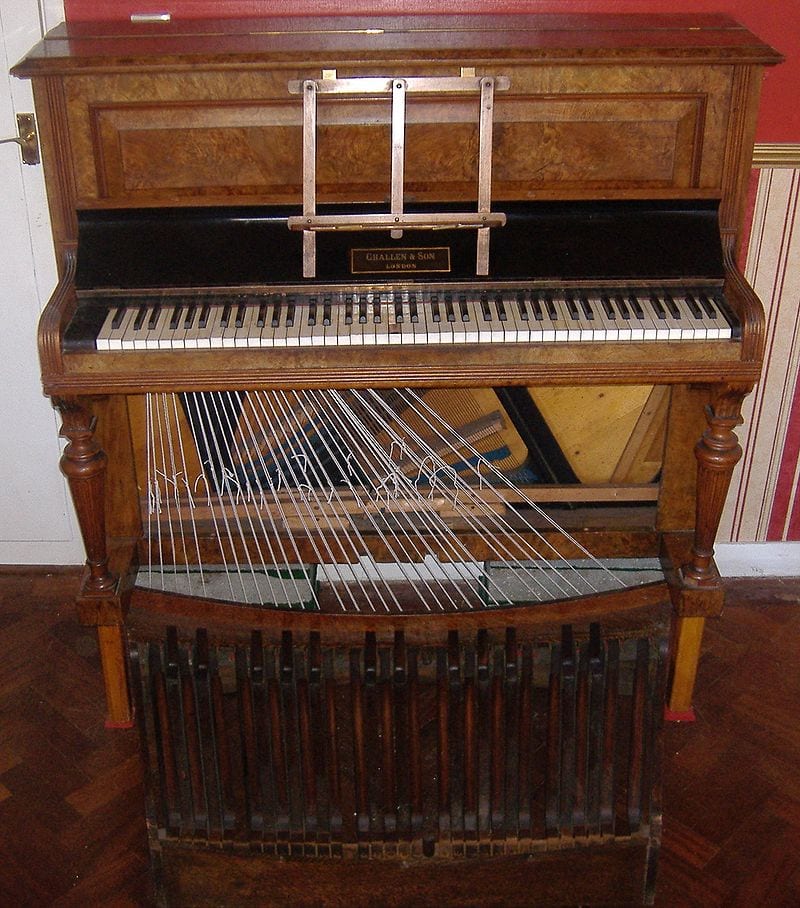 Pianos were first created approximately 300 years ago, and were most recently rebuilt with additional advanced components and sounds as late as 150 years ago.

Since the addition of Octaves, sound reaction and toning, string-reaction, and tone effects some might argue, such as Acoustician Nicholas Giordano, dean of Auburn University’s College of Sciences and Mathematics in Alabama that the modernization and continued evolution of Pianos are coming to a halt.

Back when Pianos were first created, not only did they not have as many Octaves, but the sound was noticeably different, and chords were struck like a guitar, through string based action and reaction—unlike today in which small hammers hit the keys as the pianist presses the keys from the outside.

During the period in which famous Musicians such as Bach existed, pianos only had up to 49 notes, in comparison to the nearly 73 notes that they have today. Yet, beautiful, crispy, astounding music was produced by these incredibly talented musicians none the less.

Some thought that Beethoven was just naturally an extremely passionate and sometimes aggressive Pianist, and while this might have been true, it’s also worth pointing out that during his era pianos had a much higher and stronger string tension so the reverberations were much more solid than they are today. Today, per the force of a key struck the reverberations will vary, unlike earlier times and pianos.

The Future of the Piano

Some acousticians, though less Pianists themselves, claim that the evolution of Pianos has come to a halt for the most part, with the exception of minor tone adjustments or convenience features on newer pianos.

Even with the development of electronic keyboards being designed to mimic the features of original, classic pianos, some might argue that we’ve completely done away with the original piano and its purpose, revolutionizing it beyond its very own form of originality.

According to scientific research, our ears can only realistically manage to hear and ‘enjoy’ two notes or more notes at a time, and below this amount it doesn’t sound too pleasurable (or natural) either.

So, with a total of 88 notes and a minor, it’s no wonder why some might speculate that the development or evolution of pianos might be coming to a halt. Technology and Art can only combine to evolve so much hand-in-hand, before it must reach its ultimate point of success.

Do we want to automate the beauty, quality, and precision of famous music produced by composers such as Bach, Beethoven, or Chopin, or do we want to maintain the integrity of music, and enjoy it for how it was meant to be made and sound naturally?

In the end, we, as well as our children and their children, may very well attempt to ‘modify’ or ‘enhance’ such beautiful pieces of art and music with our ‘advanced’ technology, arguing smearing the purpose and beauty of Music as we know it.

Though, society as a Mankind cannot always realistically preserve the integrity of all its wonderful innovations or original creativity, unfortunately, as its been shown through history.