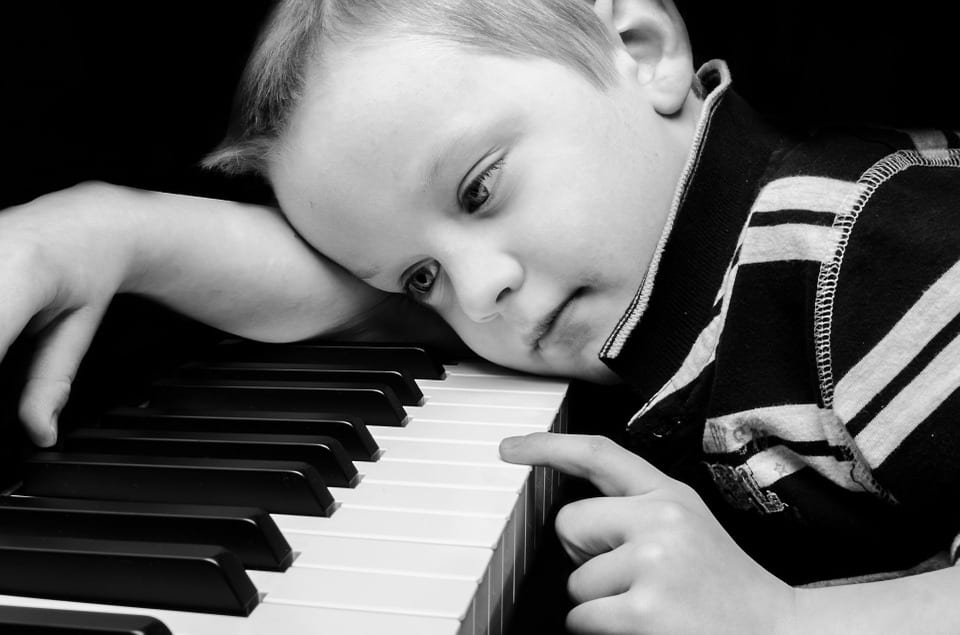 Every music loving parent will appreciate the findings of a new Canadian research study. It shows that after 9 months of weekly piano lessons children’s IQs rose by at least three points in comparison to their peers who weren’t taking lessons. This supports the idea that children are learning more than their scales – they’re exercising a part of their brain that’s necessary in intellectual pursuits.

There are many facets involved in these lessons including memorization, expressing emotion, and learning about musical intervals and chords. The experience’s multidimensional is obviously motivating children’s IQ today. This really shouldn’t come as any surprise though since a decade ago, the University of Wisconsin’s Frances Rauscher led researchers in finding that simply listening to Mozart triggered temporary increases in spatial intelligence. Unfortunately, this was difficult to replicate in subsequent studies, but it allowed the idea that music and piano training can raise IQ to take hold in the scientific community.

In the most recent study into this matter, 12 6-year-old students in Toronto were given weekly voice or piano lessons at the Royal Conservatory of Music. This age group was selected because their developing brains can still retain a lot of “plasticity” (the brain’s ability to change and adapt to environmental stimuli). Researchers felt that children under the age of 6 weren’t suitable because they couldn’t engage in rigorous lessons. Additionally, anyone under the age of 4 can’t start serious musical training. Another group of students were given free, weekly drama classes to separate the effect on IQ of training in the arts in general. There was also a group who received no classes at all.
Each student’s IQ was tested beforehand with the full Weschler intelligence test. This assesses various aspects of intellectual functioning in 10 different areas. After the three-hour initial assessment, the children attended first grade and then they were retested between first and second grade. While all the students displayed an increase in IQ of about 4.3 points, this was because they attended school. However, additional changes were noticed, including:
Children who took the drama class and those who took no classes at all didn’t have any increase in their IQ. However, children in the drama class did score higher regarding sociability probably because of the cooperative nature required in these classes.

Children who took voice or piano lessons had a slightly larger increase in their IQ – about 2.7 points higher. This small but significant increase was evident across the Weschler test’s broad spectrum.

What This all Means

This new study backs up other studies that were conducted in the past. While this work focuses on special intelligence (the ability to think through 3D puzzles without resorting to an actual model), it’s speculated that understanding music, especially learning how to translate musical symbols into sound, is transferring to other abilities since they share similar neuro pathways. For this reason, it would be ideal for children to all be able to take music lessons of some variety. This is something that we also believe at Dave’s Piano Showroom, which is why we invite you to come in and check out our wide array of instruments today.