THE ULTIMATE CHOICE FOR EXCEPTIONAL LONG-TERM TOUCH AND TONE

Whenever knowledgable pianists discuss which brands of upright pianos are the finest in the world, Kawai K Series Professional Upright Pianos are always part of the dialogue. That’s because the K Series pianos provide a truly exceptional combination of excellent touch, outstanding tone and unrivaled stability that will impress any discerning player or performer. Most piano brands can make bold claims about stellar touch and tone. But the key attribute that most pianos buyers overlook is “stability” — the instrument’s ability to maintain high-quality touch and tone over the course of time.

A half-century ago, Kawai realized that the prime cause of piano problems was the use of wood in all parts of the piano’s internal action. Wooden parts would shrink, swell and warp — which negatively affected both touch and tone. To prevent such problems, Kawai pioneered the use of modern composite parts that are virtually impervious to the shrinking, swelling and warpage issues that cause piano performance to decline. The renowned Kawai Millennium III Upright Action with composite parts is the chief reason why K Series Professional Uprights maintain exceptional tone and touch over time — and why they are continually counted among the world’s finest upright pianos. 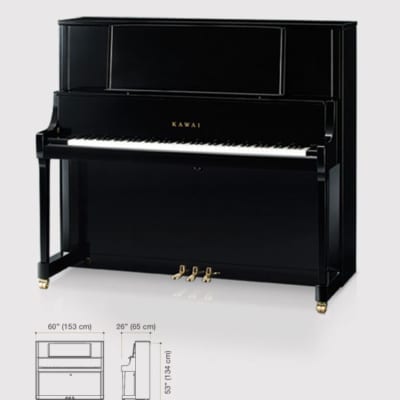 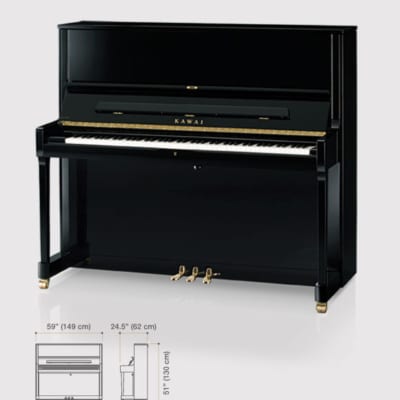 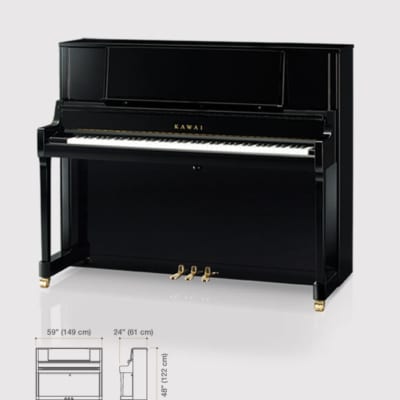 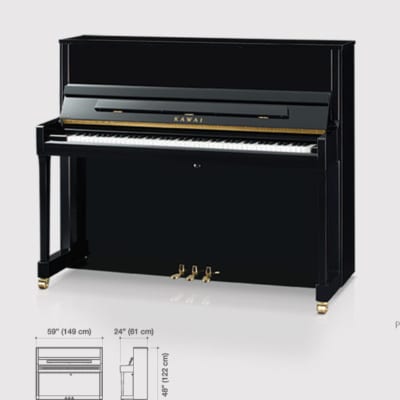 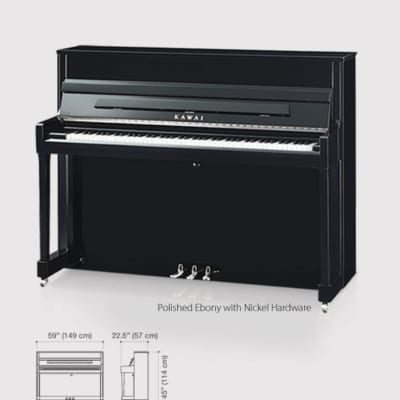 The K Series was named “Acoustic Piano Line of the Year” four years running in MMR Magazine’s Dealers’ Choice Awards. This award-winning legacy continues today in the K Series line that was enhanced in 2014 to provide better tone and consistent touch than ever before. Never has there been a line of upright pianos that performs more reliably with excellence than the Kawai K Series Professional Uprights. Play the entire line at an authorized Kawai dealer near you.

What makes the Kawai Millennium III Upright Action superior to any other upright piano action? In a word: composites. Kawai uses leading-edge carbon fiber composites for our Millennium III Upright and Grand Actions to avoid the common problem of “swelling and shrinking parts” that weakens the stability of conventional actions with all-wooden parts.

The use of carbon fiber creates Kawai actions that are far more stable and provide more accurate, responsive touch over time than any other brand.

Touch is the quintessential key to joy, inspiration and artistry. Precise, consistent touch is the hallmark of every Kawai piano.

Tradition and technology are indispensable elements of piano tone. Tradition lays the foundation for our distinctive tonal character. Technology empowers it with life, breadth, and depth that lasts from generation to generation.

The strength of a well-crafted instrument makes the piano one of the most impressive examples of technology, engineering and craftsmanship in the world today. K Series Professional Upright Pianos are designed with tremendous strength to ensure stability of tone and touch over time.

The true craftsman labors diligently to the last detail. It is this attention to the subtleties that elevates one’s work from the satisfactory to the sublime. At Kawai, detail is the crowning touch of excellence.