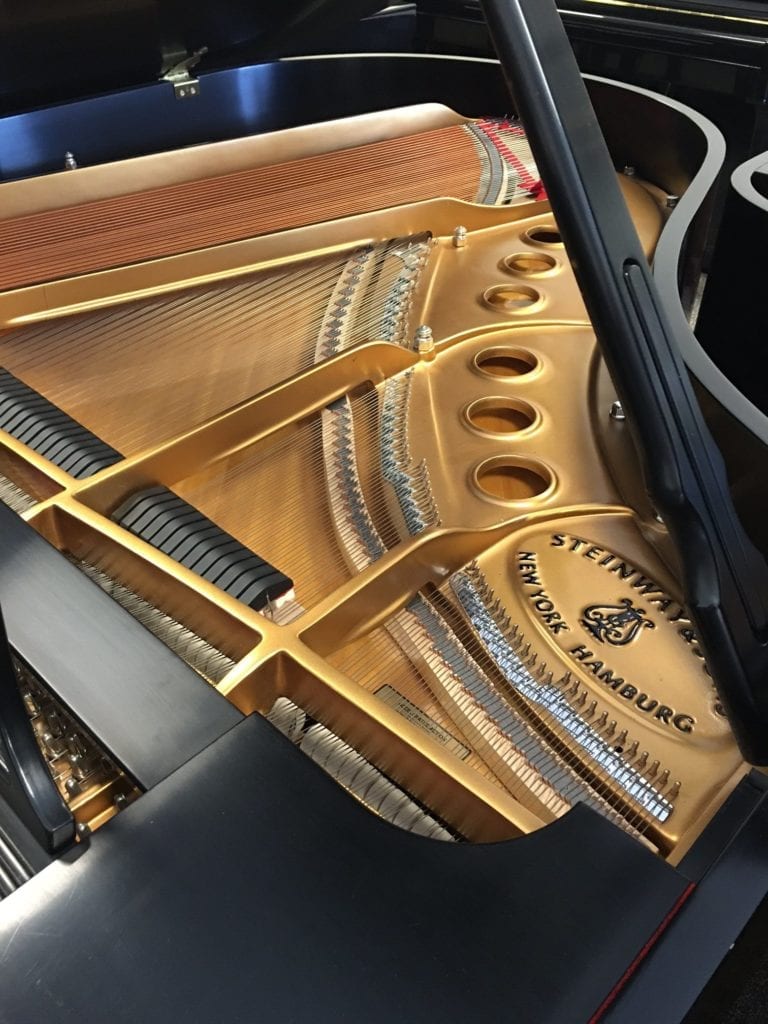 A Steinway piano is a brand of the piano, known to be some of the best in the world in terms of quality. The high-end pianos are the most popular in piano schools and used by many professionals and successful concert pianists. The full name of the brand is actually Steinway & Sons and the finely crafted instruments are made in a factory in New York City. The factory has a team of 300 people who work on assembling just six pianos every day. The entire process for any given piano actually takes one whole year given the attention to detail that is put in! There is a similar factory in Germany which creates pianos for markets outside of the Americas.

Whether or not Steinways are the best is still a matter of controversy as most things like this tend to be. They are often cited as the Rolls Royce of the piano world and prices can range from $30,000 up into the hundreds of thousands. Some people like Steve Carver from Julliard in New York stands by the Steinway as the greatest piano in the world. Julliard has the largest number of the piano of any music school in the world, an important statistic for the brand name instrument. Others, like Sara Faust, do not think Steinways alone deserves the top spot in the piano world. She says that other brands like Fazioli and Bosendorfer are comparable and that Steinways just have the brand recognition and marketing power which often gets them slotted as the top piano when in reality it is a much more competitive landscape at the very top.

Steinway was the first piano maker which promoted artists and specifically tried to get their pianos on the stage at large events. Artists which have been seen playing Steinways extend very long but include Lang Lang, Billy Joel, and Harry Connick Jr. This was a marketing coup and cemented them as synonymous with the greatest musicians in the world at the time. It is a legacy that has persisted over time.

The other great thing about this piano is that the value seems to hold well over time. Some models are certainly more valuable than others though with the older Hamburg models being some of the best investments due to the especially high quality of wood and the great craftsmanship. Steinways can now be found all over the world and the company just celebrated its twelfth year in China, a large and emerging market. The pianos used there are served by the Hamburg factory.

If you are looking for a top quality piano which can last you a lifetime and you have a decent budget, the Steinway may be a great option for you. Experts agree and even where there may be a debate on whether Steinway is the sole holder of the greatest piano maker title, there is no doubt that it at least ties for that honor. You can’t go wrong with buying a Steinway piano.