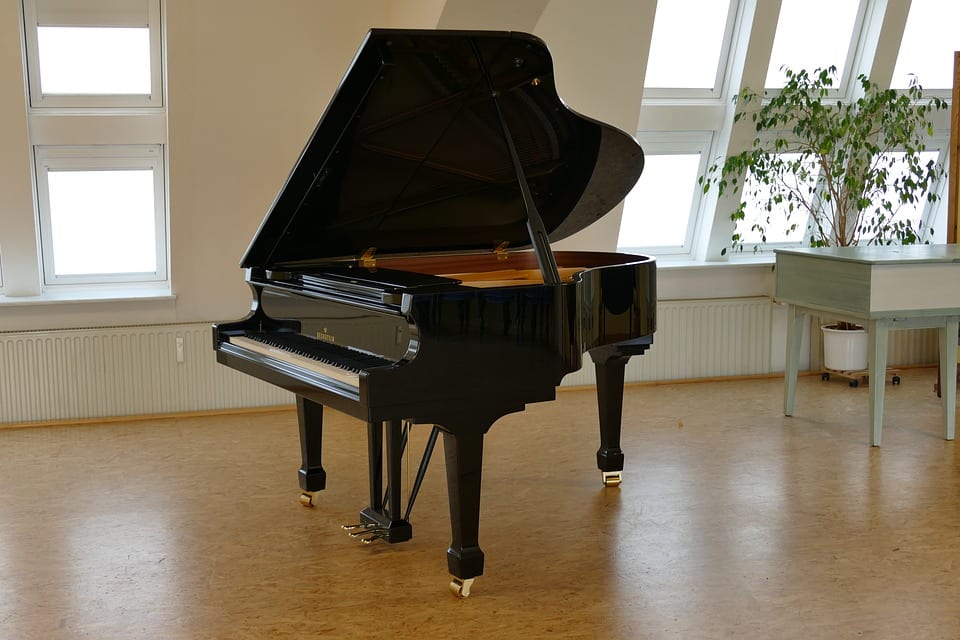 Self-playing pianos are essentially a simple, analog robot that’s programmed with a paper roll that had perforations to activate the specific keys. They’d start and stop, even use the foo pedals that work the machine’s bellows. The machine’s speed, music’s tempo, and choice of music were all controllable.

About half of the homes in America contained player pianos just a century ago. These were the most expensive items a family could buy since cars weren’t mass-produced yet. In fact, if you’d look at an ad from 1922 you’d find that these pianos were actually quite affordable costing $300 – $700, about $4,000 – $9,500 in today’s money.

Why Player Pianos Were so Popular

These pianos were all the rage for quite some time. This started with Robert Peary taking one with him to the North Pole in 1909. It continued throughout 1919 when the Bronx, New York employed more than 5,000 people in their 64 piano factories. Then in 1919 player pianos surpassed the sales of conventional pianos. This demonstrates how music was considered a commodity even before the phonograph was invented.

The self-playing piano was the first type of mass-produced technology that let people who had no musical training or experience making music. One of the great manufacturers of this was the Pianola. They let people enjoy music in their home even if they didn’t know how to play the piano themselves. This is because major musicians such as Paderewski, Casella, Rubinstein, and Madden recorded paper music rolls that you could enjoy in the quiet of your own home by the mid-teens.

Why Self-Playing Pianos Were all the Rage

One popular theory claimed that people produced their own music until the phonographic record player was invented. However, some people argue that music was a commodity before then. This is because these pianos required a strong sheet music industry because without it the self-playing piano was nothing. The phonograph and radio followed and helped make music less expensive and more accessible for everyone. Of course, recorded music still reaches back to the paper rolls that the player piano needed.

All of this demonstrates how the music isn’t a simple commodity. There was a lot that went into making it so including social uses, industrial production, and broad brokering that included marketing and other practices that were part of a consumer capitalist’s infrastructure.

When the stock market crashed in 1929 so did the reign of the self-playing piano. Since then music has been sold in a lot of different ways. Even some of these ways have changed throughout history going from shellac to vinyl, from 78s to 331⁄3S, and from tape to digital just to mention some of these many changes.

Many people believe that music is more than a commodity, it’s what makes a house a home. It’s also why player pianos still make a welcome addition to any home today. So, when you’re ready to add one to your home, make sure you contact us at Dave’s Piano Showroom.