A preowned Yamaha baby grand piano often times is the quick easy solution when one is searching for a piano. They enjoy a good reputation, and so far as mass produced pianos go, construct adequate, consistent instruments.

However, the industry in the last 10 years has evolved quite a bit. Yamaha has been and continues to be more focused on their digital and player piano lines and has done nothing to perfect the art of piano making. In fact, I would argue that it has gone backward. Readers need to understand that 85% of what Yamaha sells today is not built in Japan. Globalization has shifted production to countries such as China and Indonesia, where labor rates are favorable.

Leaving Japan and going to China is not at the heart of the problem.  Yamaha or any other piano manufacturer is fully capable of producing a quality piano anywhere in the world. The issue is for some peculiar reason Yamaha strips out all of the refinements they are known for, from their Chinese, Indonesian and Taiwanese made pianos. Why this is done is not clearly understood. One piano craftsman in Japan costs $75,000 per year. In China, it is less than 20% of this amount. This means there is a significant amount of monies left over to refine the piano. It is widely believed Yamaha does not produce a Japanese caliber piano in China, because if they did, not a single tremendously more expensive Japanese made piano would ever sell again.

With the Japanese resting on their laurels and the Internet age coming alive; the European hybrid formula was born. The definition of a European hybrid piano is the fusion of European componentry assembled where labor rates are favorable. In these pianos, the absolute best materials are used. Every tangible component that can be measured or observed, in each step of the building process, is incrementally or substantially better in a piano such as a Ritmüller, than that of a similarly priced Yamaha.

Ritmüller pianos date back to the late 18th century. Recently they were completely redesigned by Lothar Thomma, with the goal being to fuse the best components the world has to offer, chiefly from Europe, with the most accurate forms of modern construction, such as the use of more precise CNC machinery.

The importance of Lothar Thomma’s involvement can not be overstated. For decades Lothar sat at the helm of the engineering department at the world’s highest rated piano maker, Bechstein; a handmade piano built exclusively in Germany. Thomma was hired by the world’s largest piano manufacturer, a brand which also is the official builder for Steinway’s Essex line of pianos, to breathe new life into an old standard. Thomma has achieved world wide success and notoriety with his new Ritmüller designs.

This is illustrated perfectly in the Piano Book by Larry Fine and is likely the single most powerful point that can be made with regard to the quality of a Ritmuller piano. You will notice in the following chart that there are three areas of concern.

Classical / Perennial Favorites – This is essentially what is popular.

Musical Standouts – Amongst
connoisseurs and aficionados what is considered musically sublime.

Most people respond that musical standout status of these three categories is the most important and this is precisely what I would like to bring your attention to. But before I point this out, it is important to know that size matters in pianos. The longer a grand piano is the larger the soundboard is, which is the speaker in the piano, and the longer the strings become. String length and soundboard size determine decibel production or overall volume. Therefore, smaller pianos are more difficult to make musical. While larger pianos are easier to make musical.

Scroll down and look at baby grand pianos between 4’10” – 5’4”. Is Yamaha or even Steinway present as a “musical standout”? They are not! Ritmüller is! Fine writes, “Amazingly good performance from such a small piano”. He also naturally checks the boxed under “good value” for this piano.

This NEW Ritmüller baby grand in Winter White has a list price of $19,195.  It is being offered for sale at just $16,900 only at Dave’s Piano Showroom of Tampa Bay! 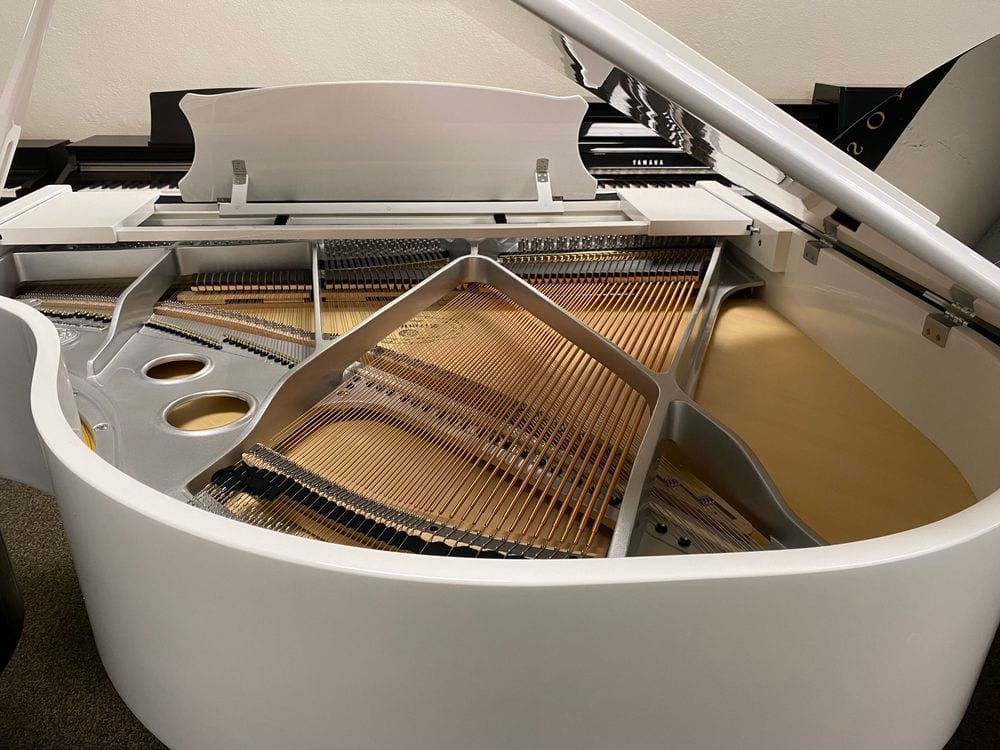 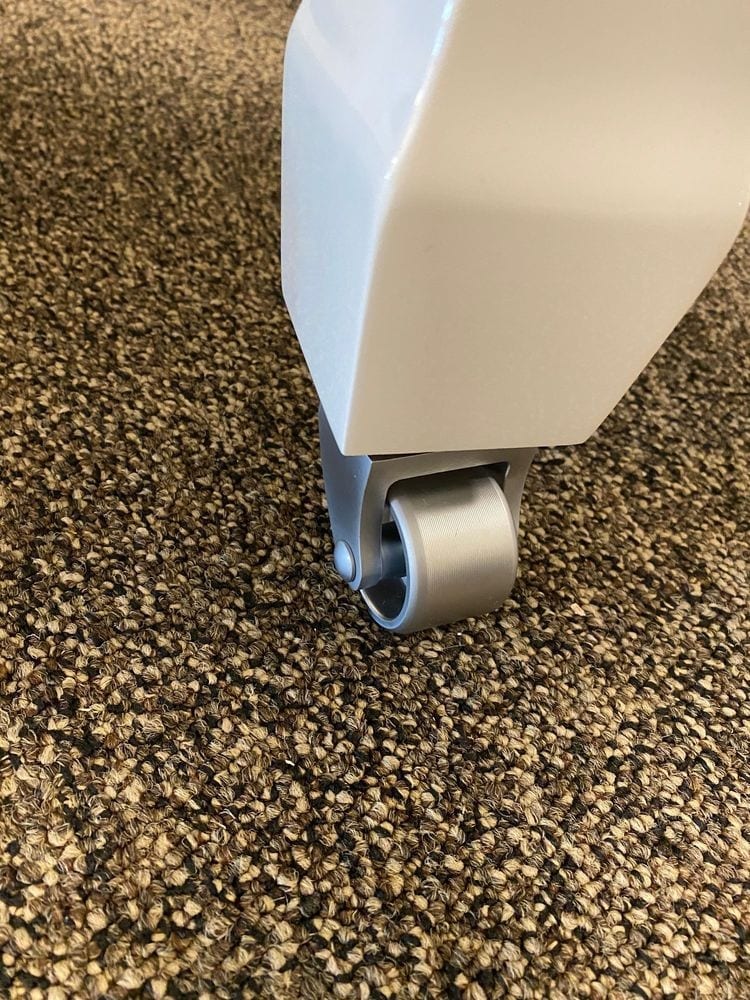 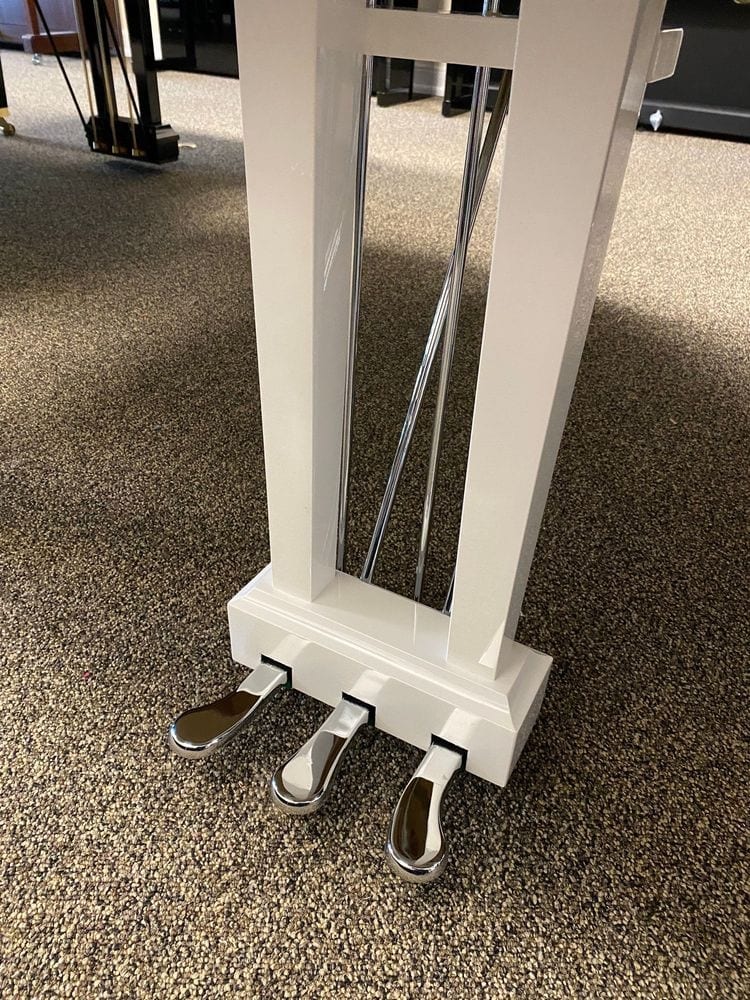 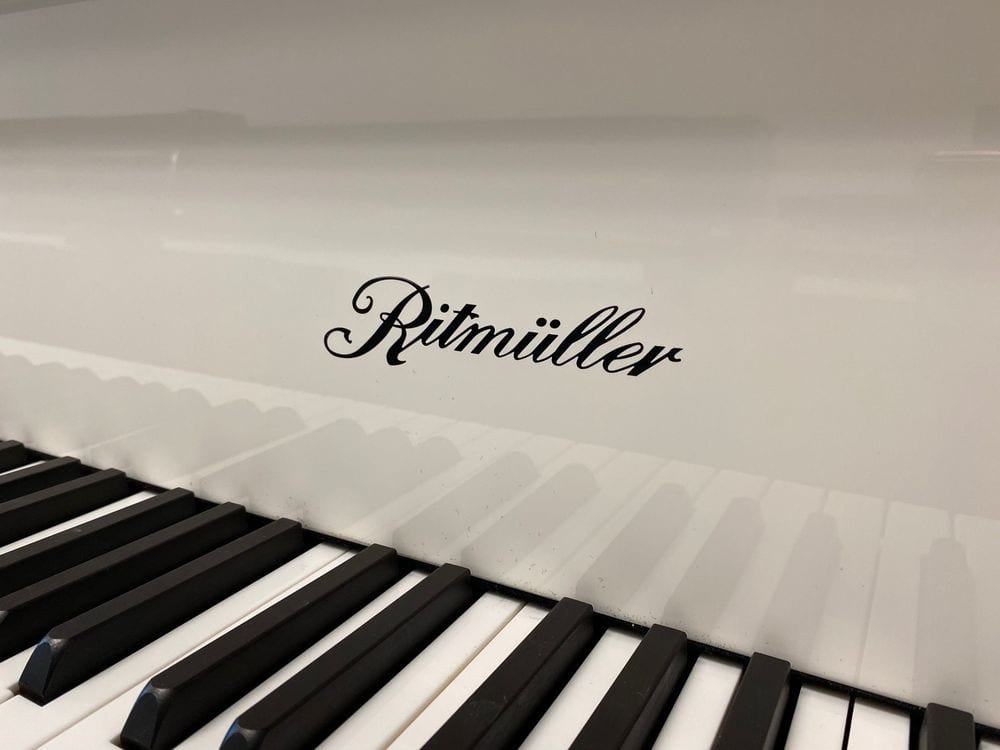 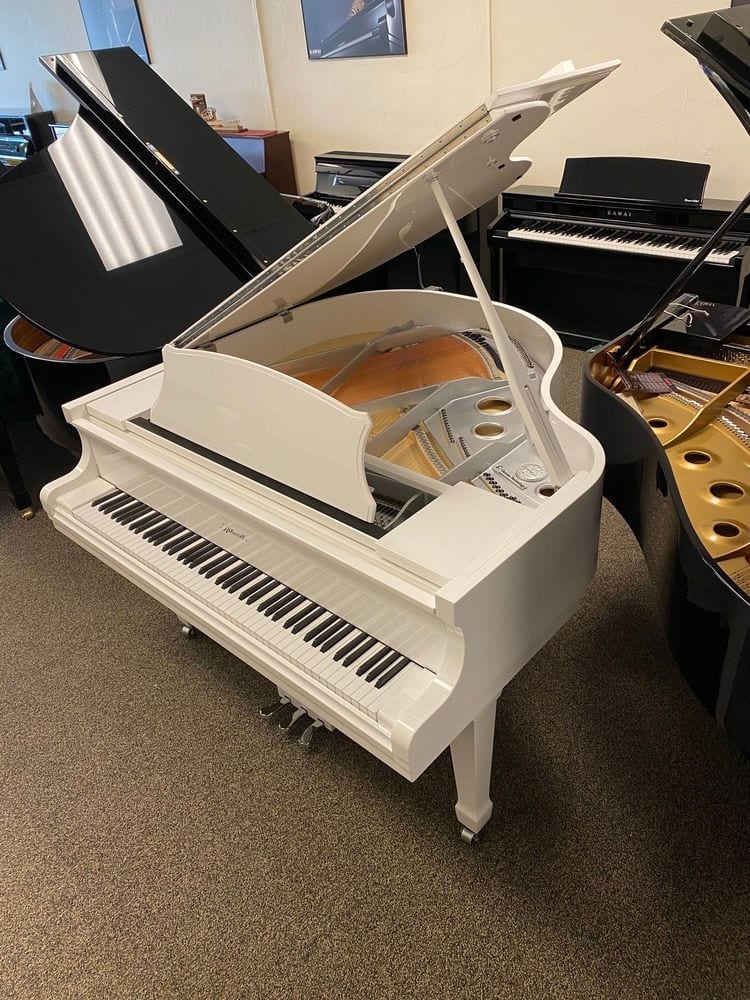 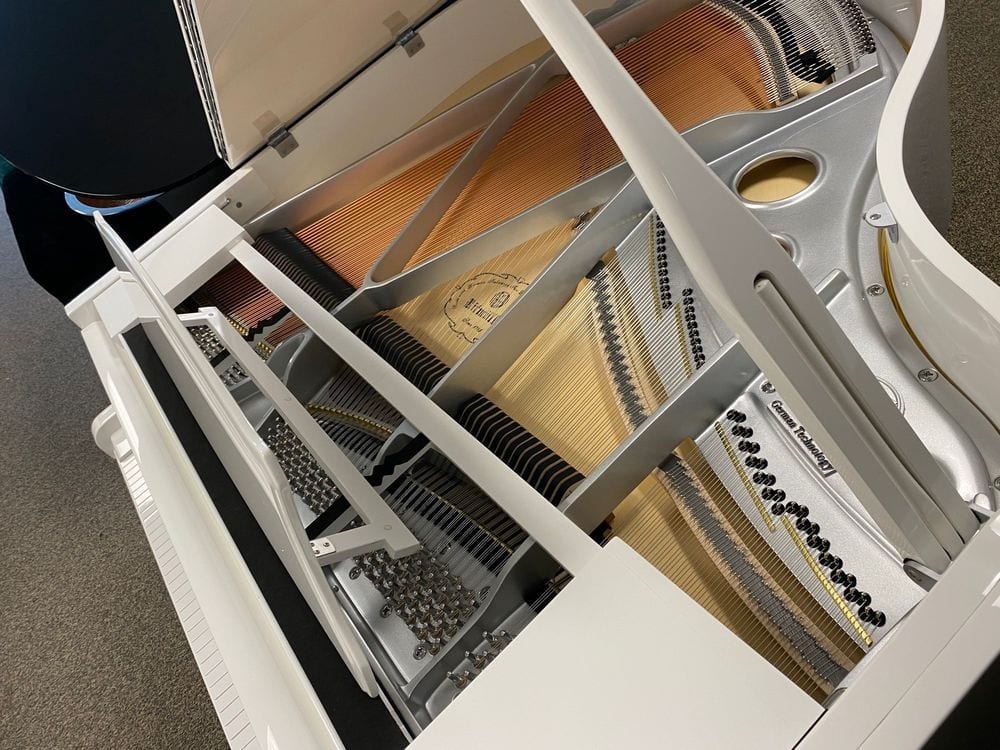 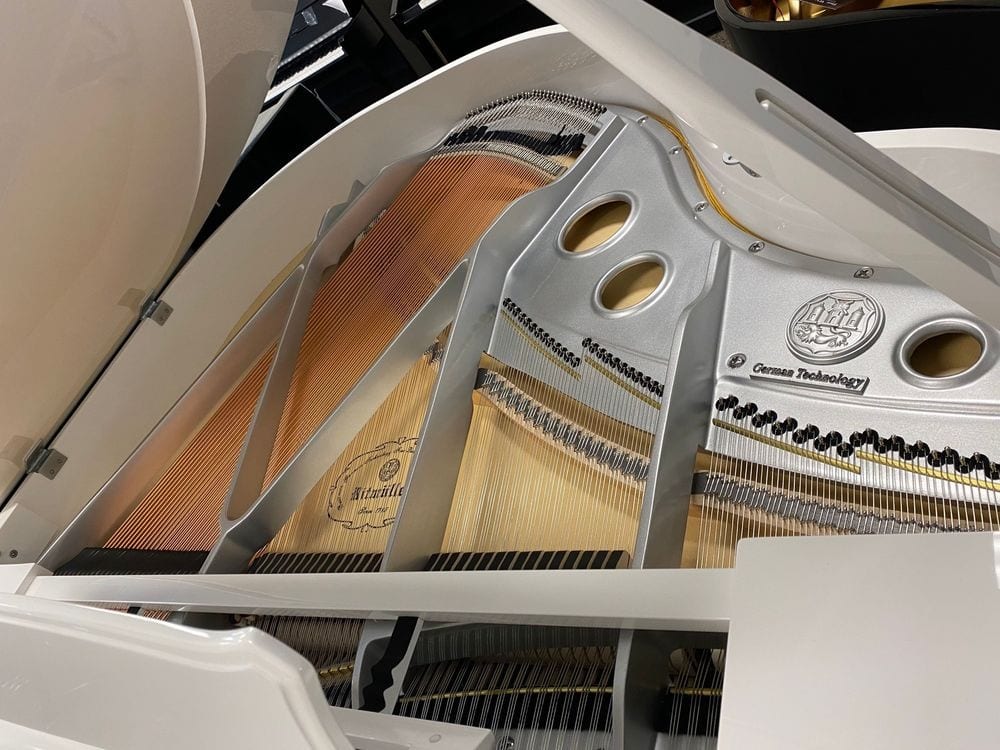 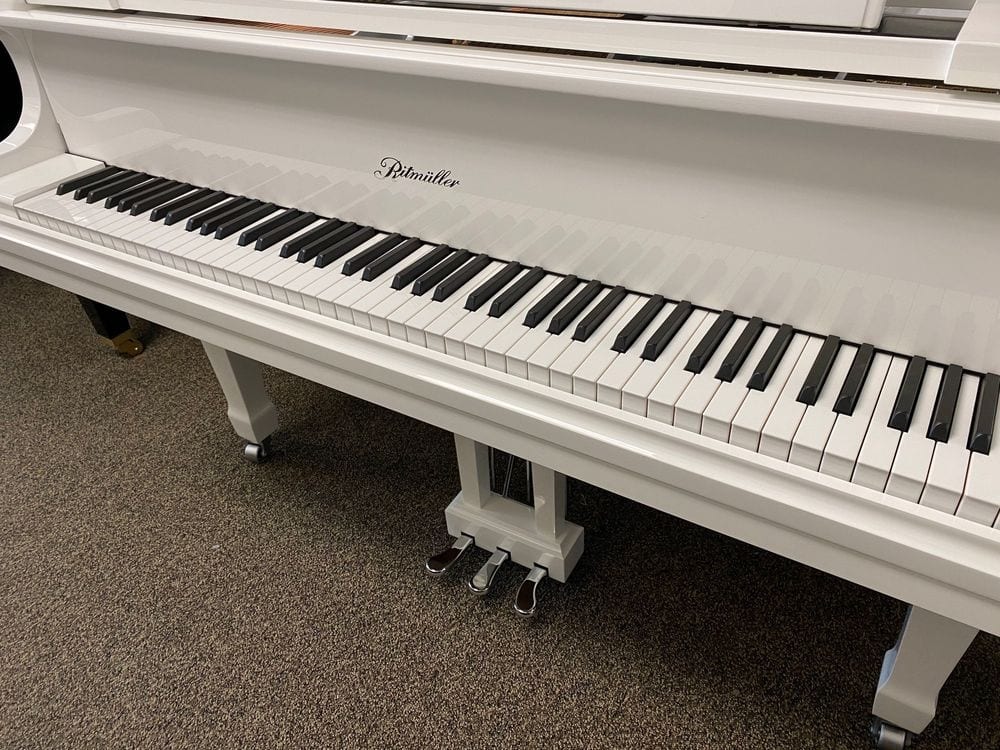 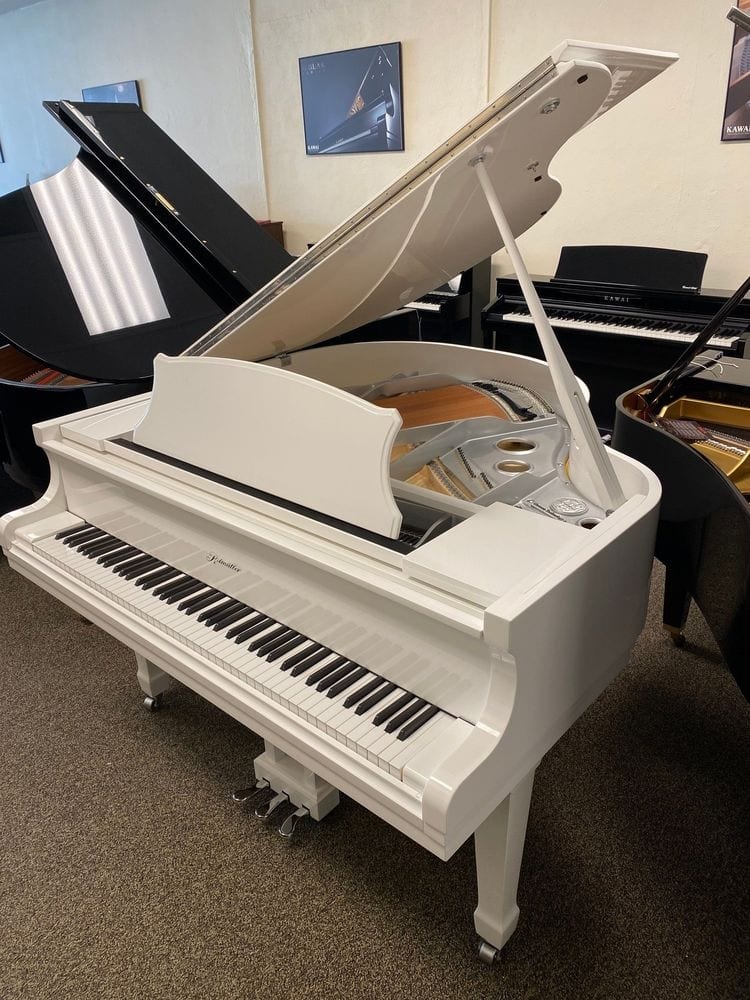